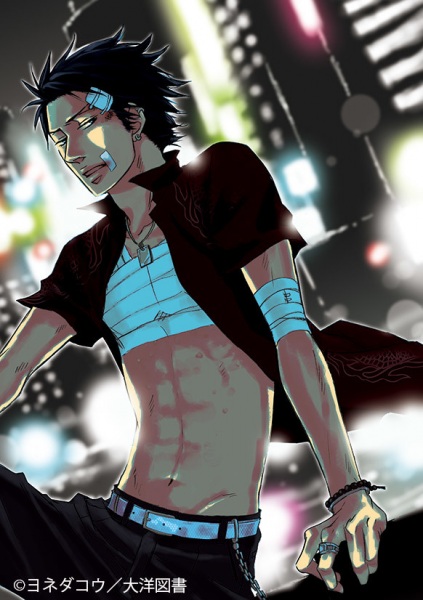 As Eishin Kugaâ€”nicknamed "Mad Dog" for his unmistakable bloodlustâ€”beats up his underlings, Yashiro watches and waits for his longtime friend to subdue him. Kanji Kageyama, an underground doctor, at last meets the young hothead whom Yashiro wants to recruit for his yakuza group. However, in light of Kuga's aversion toward Yashiro, Kageyama is ultimately left with the chore of temporarily housing him. But as Kageyama continues to insist that he has no interest in men, Kuga's shirtless presence, riotous attitude, and ceaseless teasing might just change his mind. [Written by MAL Rewrite]