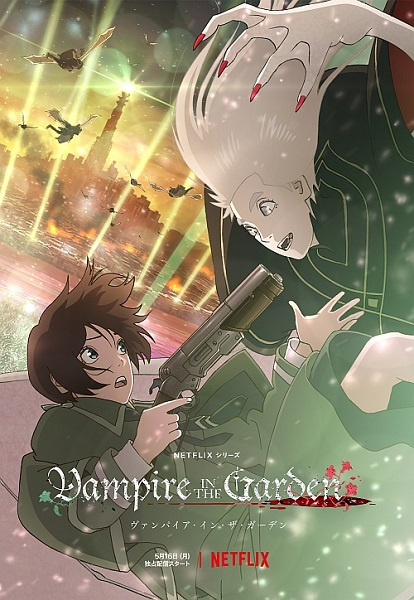 It's been a long winter for mankind, overthrown from its place of dominance after being defeated in the great war against vampires. A small city-state protected by a massive wall of light has become one of the last strongholds of the human race -its leaders determined to regain control over the world they have lost. But within the oppressive city walls, young Momo dreams of a peaceful coexistence with humans' greatest foe. On the other side, vampire queen Fine, who once loved a human, has decided to desert the battlefield. Seen as betrayers by their own kind, the two have a fateful encounter during yet another savage battle. Together they start a journey in search of "Eden," an utopic garden of peace that old stories are whispering about, but no-one has ever seen... (Source: Production I.G)